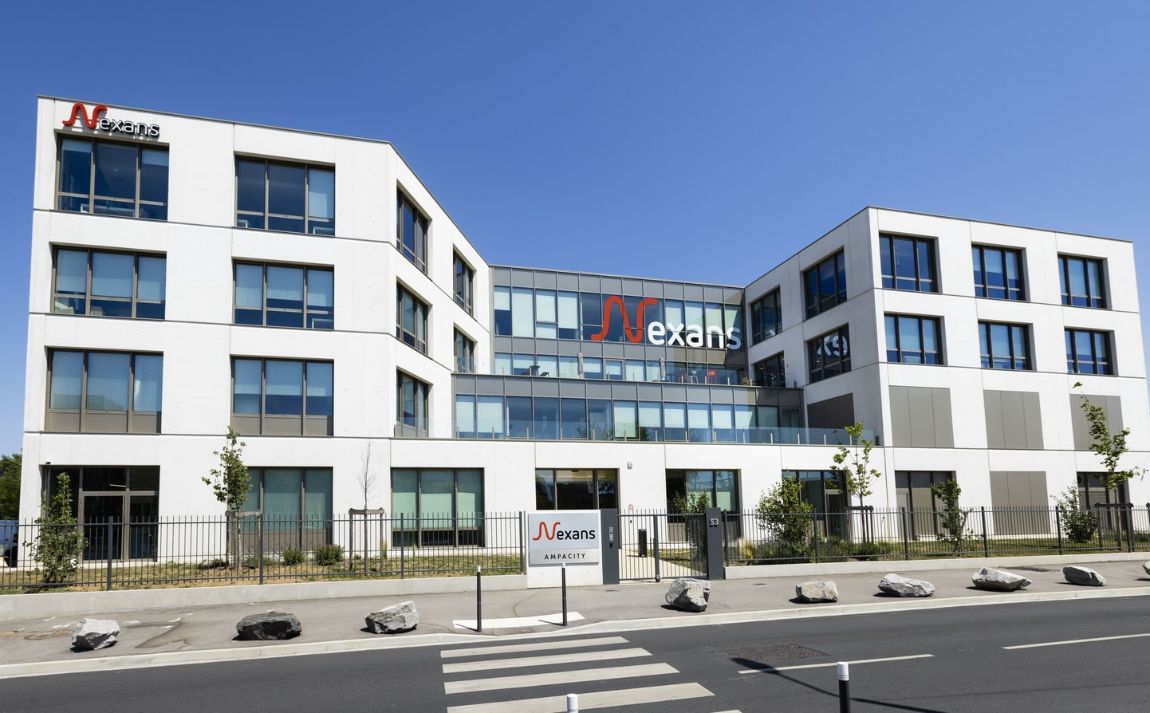 This is where the Group is developing a portfolio of nearly 1,800 patents, with 80 filed every year. Nexans is one of the most innovative European companies in its sector, recognized as such by its customers and partners, present today in Lyon.

AmpaCity demonstrates the Group’s ambition to become a pure player in electrification and to meet the challenges of an electrified world that will require:

1. An increase in the distribution of electricity where demand could rise by up to 40% by 2040;
2. Improving reliability, resilience, and security of electric grids to better sustain the increase of demand, many of which date from the 1950s-1960s;
3. Accelerating installation projects and guaranteeing competitiveness and accessibility of electricity by developing networks and interconnections between countries;
4. Reducing the impact on the environment and the promotion of decarbonization in order to combat global warming and act as a responsible partner, in particular through the continuous use of innovative materials.

The 6,000 m² site, which includes 4,500 m² of laboratories, received 20 million euros in investment and brings together around a hundred experts in electrical insulation performance, developing materials with a reduced environmental impact, cable systems that limit fire risks, and digital solutions for monitoring electrical networks. The teams are international, with eight different nationalities represented.

At AmpaCity, Nexans is inventing new, efficient, sustainable, and recyclable materials. The Group has made a firm commitment to recycling 100% of its production waste by 2030, while increasing the quality, properties, and longevity of the materials used.

In terms of fire safety, Nexans is developing electrical cables for the buildings of the future that are more fire-resistant than today, more efficient and with better functionality, with exposure to more than 1000 degrees Celsius, and is continuing to supply safety devices such as alarms, fire doors and emergency lighting for fires.

Another major innovation presented today is Nexans’ superconductor cable. It’s powerful and discreet, measuring less than 20 centimeters in diameter and can carry up to 3 GW of electricity, i.e. the equivalent power of 3 nuclear reactors.

Nexans is the first cable and solutions provider to have combined its expertise with that of asset management professionals. Thanks to the digital and smart tools implemented by the Group, operators can anticipate risks and monitor the state of networks from anywhere, avoiding blackouts and other major failures, particularly in cities and at stations and ports.

“ I am particularly proud to inaugurate AmpaCity, in the historical birthplace of Nexans in France. It is here that our teams, in collaboration with our partners, imagine and develop solutions to meet all the challenges of future electrification. Our reliable, sustainable and innovative solutions allow us to tackle the challenges of supporting the increasing demand for electricity and being a key player in the energy revolution, on a global scale. ”

“ This research and innovation center showcase the Group’s innovative spirit. Our teams are always looking for ways to optimize grid performance in terms of power, efficiency, safety and sustainability. They do so through a collaborative and inclusive process with our partners, involving a community of more than 800 people internationally. ”

Corporate Vice President for Innovation, Services and Growth at Nexans

This event dove into future of electricity, with numerous demonstrations organized in the presence of public figures and partners, including Microsoft and Cosmo Tech. Fabrice Amedeo, French skipper of the Vendée Globe Challenge 2021 who participated in the last double handed Transat Jacques Vabre and recently returned from the Vendée Arctique, also highlighted his scientific and oceanographic project development with the help of Nexans.